With the help of our dear friend Amelia, Glen became a AKC champion in 2021.  Glen had already achieved his Swedish championship before coming to our kennel and now has added this achievement to his credits.  He has become a treasured stud in our kennel. 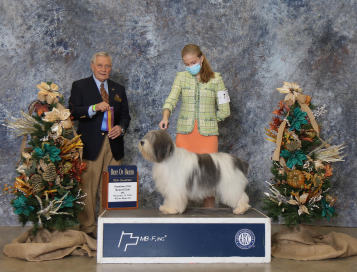 We couldn't be more proud to announce the achievement of Zaralyn at Westminster.
Proudly owned and loved by Linda Khettry. 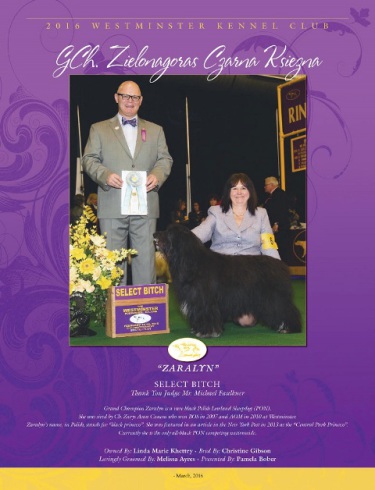 Zaralyn is in the NY post today as part of a feature story on Westminster entries. Her owner, Linday Khettry is so excited to be part of Westminster this year and and we are so proud of Zaralyn and Linda! 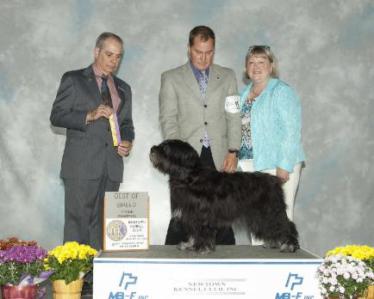 CHampion Zielonagoras Czama Ksiezna, a k a “Zaralyn” (NY Post, Feb. 8, 2013)
Photos: 5 local dogs competing in the Westminster dog show
This vivacious 3-year-old’s name is Polish for “black princess,” and the Polish lowland sheepdog does indeed live like royalty, splitting her time between her family’s Central Park South apartment, where she enjoys taking in the views from a 17th-floor balcony, and a sprawling home in Ridgewood, NJ, with a 1-acre yard. “She is a princess, she really is,” says owner Linda Khettry, 62.
The high-maintenance bitch even spends every Friday at the beauty parlor, to keep her shag in shape. When not showing, Zaralyn typically wears a barrette to keep her lustrous locks out of her eyes; when competing, her hair must hang freely, and her signature look is a rakishly charming sidesweep, where her hair is pulled back to reveal just one of her eyes.
While her breed is rare in and of itself, Zaralyn is especially unique because she’s black, not white. “She’s the only one in the country,” claims Khettry, who calls herself a “professional volunteer.”
Zaralyn also has a family connection to Westminster: Her father won Best of Opposite (the award for the best animal of the opposite sex of the Best of Breed winner) and an award of merit three years ago. “Zaralyn hopes to follow in his paw print,” says Khettry. 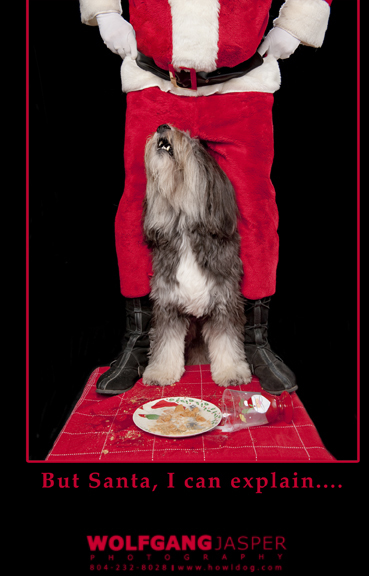 2011 National Specialty - Held in Philadelphia this year as part of the National Dog Show. It was great fun and our PONs were spotlighted in a short piece with Mary Carillo. I was honored to be the Show Chair for this specialty. 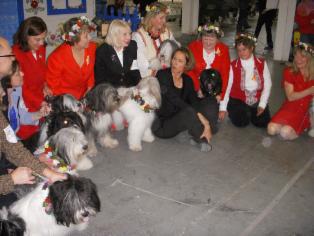 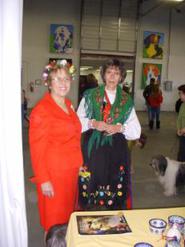 Zarys wins an Award of Merit and a Select Dog awards at the 2010 APONC National Specialty!

WESTMINSTER !! - Zarys took another honor at Westminster 2010 - an Award of Merit. This is the second time that Zarys has been recognized at this very prestigous show.

Ripley is published in the Summer 2009 PON Times !! Go to the Past Litter page and link to his story. Ripley is an exceptional guy that is achieving wonderful things and respresenting our breed well. He makes his mom and dad proud!

The Herding Clinic was a blast - again! We had 22 PONs and even more people that came to the annual clinic. We even had a couple of Cotons, one of which that could herd. Here are a couple of pictures of my guys. 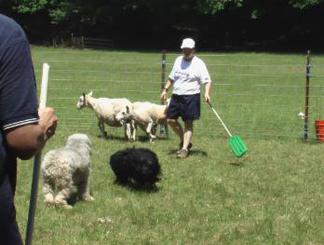 WESTMINSTER 2007 - CH ZARYS AMA CANEM wins BEST OF OPPOSITE SEX at WESTMINSTER!!!!! We are so proud of him! See him at: http://www.westminsterkennelclub.org/2007/video/breed/index.html Just scroll down the index to the Herding Group and click on "Polish Lowland Sheepdog" . 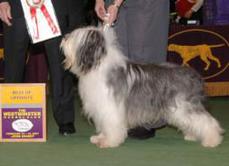 Molly won Best of Opposite Sex at the Westminster Show! She was very ably handled by my daughter Lindsey. If you would like to see the breed competition for Westminster please click on this link: http://www.westminsterkennelclub.org/2006/video/breed/index2.html and select Polish Lowland Sheepdog. You can see Lindsey and Molly showing.